Vaccination and the Three Stooges

I remember the first time we saw them. It was an afternoon at the local movie house, The Rugby Theatre, near our home in Brooklyn. The cost was a whopping 15 cents for a ticket if you were under twelve. That must have been a cheap price for our parents to get my brothers and I out of their hair for a few hours.

We’d usually sit up front or in the middle rows because the last couple of rows of the theatre were reserved for smokers. How times have changed! (Remember when they did something similar on airplanes?)

In the darkness we’d chomp on popcorn, Good & Plenty® and other junk food while watching a double feature. We really watched more than a double feature because the movies were separated by cartoons, coming attractions and an occasional short subject. One day, after the cartoons, we saw a movie short unlike any other. We were transfixed. Here were three guys who poked each other in the eyes, smacked each other in the head, pulled out each other’s hair, hit each other with hammers, ironing boards, various pieces of hardware and furniture and, in short, did things we wanted to do to each other.

We had never seen them before. We loved them. Most amazingly, after all the mayhem, they seemed none the worse for wear. They were super humans. We were inspired! We returned home raving about the movie short we saw to our parents. But we forgot their names. After describing them and their antics my mother exclaimed, “Oh, you saw The Three Stooges®.”

So began our love affair with The Three Stooges: Moe, Larry and Curly. I feel embarrassed to admit that the enjoyment of watching them hasn’t run its course a half-century later. What can I say? It’s a guy thing, along with professional wrestling, shooting guns and other forms of gratuitous violence.

From 1934 to 1944, The Stooges made around 80 of the funniest shorts in the history of movie comedy for Columbia Pictures. One short, You Nazty Spy! was filmed in 1940, before America entered World War II. It was the first American media production to see the monster and menace for what it was. A description is found at https://en.wikipedia.org/wiki/You_Nazty_Spy!

You Nazty Spy! satirized the Nazis and the Third Reich and helped publicize the Nazi threat in a period when the United States was still neutral about World War II, and isolationist sentiment was prevalent among the public.

The film begins with a disclaimer: “Any resemblance between the characters in this picture and any persons, living or dead, is a miracle.”

Moe played the head of “Moronika for Morons.” His moustache, uniform, screaming at underlings, ordering book burning, and speaking in faux German, made him seem eerily like the real thing. In Back from the Front (1943) Moe, again masquerading as Hitler aboard the SS Shickelgruber (recognize the name?), orders the sailors to take out their pistols and “blow your brains out.” An officer replied, “But Mein Fuhrer, we are Nazis, we have no brains.”

Our favorite stooge was Curly. Unlike Moe with the “Beatles” mop top (Curly’s older brother in real life) and Larry with his shock of frizzy hair (why wasn’t he called Curly?) Curly’s dome was shaved. Of course, they all had regular names: Moe Howard was born Moses Horwitz and Curly was born Jerome Lester Horwitz, both from Brooklyn. Larry Fine was born Louis Feinberg from South Philadelphia (and was an accomplished violinist in real life).

Of the three stooges, Curly had a magic all his own. His sounds: “woo, woo,” “n’yuk, n’yuk, n’yuk” (written words do not give it justice), chattering teeth, weird “dance” movements, facial expressions, indomitable spirit, and voice, well, the combination was perfect. Additionally, no matter how much abuse Moe and Larry inflicted on him, he kept his upbeat expression, good nature, never lost his temper, stayed conscious and was funny!

In an interview years later, Larry referred to Curly as a “true comedic genius.”

Sadly, we never saw them in person. In 1945, something happened to the brilliant Curly. That year Curly had a stroke and never worked again. The act continued with substitutes, but none were Curly. What happened? Recently a doctor sent me pages from a book ironically entitled Stroke of Luck, based on the recollections of Larry Fine. Larry describes the circumstances surrounding Curly’s stroke: 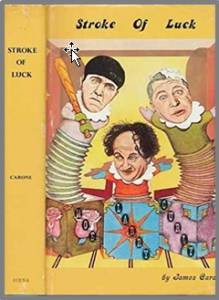 This was a great shock to us, as he was an integral part of the act, further, we had been together for twelve years, never expecting this blow, as he appeared in good health. Ironically, the same day that Curly had his stroke President Roosevelt died. 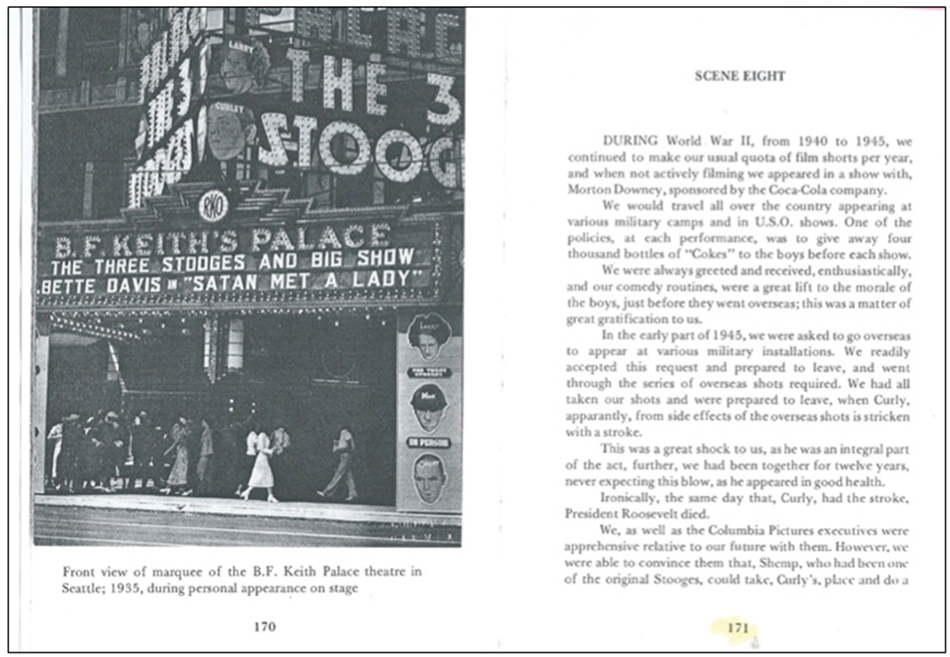 Vaccine death and injury is occurring at a staggering rate. As of this date (Winter of 2018) the US government Department of Justice has paid nearly $4 billion in compensation for vaccine injuries to the grieving families of vaccine-injured children.

Based on various sources, the nearly $4 billion that has been paid out in the courts is one fiftieth, one hundredth or one thousandth of the real number. (1-3) Why? Because most MDs never report vaccine injury, even though they are required to by law. Yes, the actual amount of damage from vaccines may be as much as one thousand times that which is officially recorded.

The problem of why MDs don’t report vaccine injuries has been known for decades. Why? There are a few reasons. Probably the most important is that medical students are not taught about vaccine injuries and what these injuries look like. They are often taught that vaccine injuries are extremely rare and any injury (allergies, asthma, autism, seizures, stroke) that may occur after a vaccination is most likely a coincidence. “Stroke, shmoke, it was just a coincidence.” Was it? Ask the hundreds of thousands of parents (perhaps millions by now) whose once normal child was never the same after a vaccination. Ask Larry Fein.