Vaccine Research: Let’s Make Believe You Own a Drug Company

Vaccine research: let’s perform a little thought experiment. Don’t worry, it won’t hurt and you’ll be back before morning. Let’s make believe you own a drug company. You’ve got a new vaccine and you’d like to market it. The potential profits are enormous but first you need to show that it is safe. Why? Because you care about the people who will be using your product and also because the federal government requires (through the Food and Drug Administration [FDA]) that these things be approved before they’re put on the market. So, how would you do that?

Theoretically, the process is really quite simple. You would take two groups of more or less similar children or adults (taking age, weight, ethnicity, health, etc. into account) and you’d vaccinate half of them – the vaccinated group – and not vaccinate the other half – the control group.

Then you’d watch them all. You would look for any physical or mental changes – after all, the vaccine goes through the entire body and may affect any organ, system or body function. And you’d compare both groups.

You would watch the children (or adults) for weeks, months and even years since adverse drug/vaccine reactions may take a long time to surface. And then you’d ask and, of course, try to answer as best you could the following:

You get the idea

You get the idea; you’d want to know if there is any difference between the vaccinated and the non-vaccinated. This has been referred to as “a fishing expedition,” because you don’t know what will turn up. Ideally, the vaccine research study would include future generations to see if the children of the vaccinated group show any health issues.

Of course, it’d be a long and expensive study if you waited for future generations of humans to discover if a vaccine (or any drug) is safe and effective. If and when they do these multigenerational or longitudinal studies, researchers use animals that have a shorter period of reproduction. After all, a cat can have kittens when it’s a year old – a lot younger than humans. That’s a lot cheaper than waiting decades for a child to grow up and have children, and that doesn’t include hiring a band, a caterer, a hall – ok, you get the point.

Ultimately, you wish to show that those given your vaccine will be stronger, healthier in mind and body and happier than those not given your vaccine. You’d also keep the data and over time, to see if there is any difference as they grow older. Wouldn’t it be nice to know if 20 or 30 or 40 years later one group came up with conditions those in the other group did not?

Would you do this kind of vaccine research?

Would you do this research? You would? Well, now you know why you don’t own a drug company. That is precisely the research you do not want done.

Let’s see how a vaccine safety test is really done

Stay with me, and if you do decide to go into the vaccine business you’ll thank me for it.

The researchers were supposed to be testing the safety of the Hib (Haemophilus influenza b) vaccine. How did they do it? Simple, they took two groups of infants. One group was vaccinated with the vaccine and they compared these infants to a similarly sized group of what they referred to as “non-vaccinated” or “placebo” infants.

Aha! – caught you. And you thought you were paying attention. If you actually bothered to read the study (who does?) you’d discover that all the infants in the “non-vaccinated” were vaccinated! That’s true, but how could that be? This is how they did it: both groups were vaccinated with lots of vaccines but one group – the vaccinated group – got an extra vaccine: they were vaccinated with the test vaccine (Hib).

Here’s how it was done (and this is done in nearly all vaccine research):

Yes, you read that correctly. The so-called non-vaccinated group was vaccinated!

Deaths and injuries from a placebo? 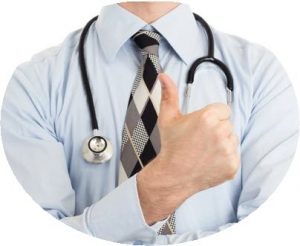 The vaccine was approved! Why? The logic goes like this: since both groups of children have a similar amount of neurological disorders, seizures, shock and deaths then the experimental vaccine is no worse than what’s already been approved so it’s safe. I am not making this up.

It is a pretty bad habit of vaccine researchers to give several vaccines simultaneously where the effect of only one of them has to be studied and evaluated. Obviously, this leads to confounding results … side-effects in most studies was restricted to 48 to 72 hours. Needless to say, that many serious adverse effects show up long after that time span; by definition they could never be mentioned in those studies. Nevertheless, most of these studies pretend to prove the safety of the vaccine. – Kris Gaublomme, M.D., The International Vaccination Newsletter, March 1998

Now it’s given to babies …

According to the National Vaccine Information Center (NVIC), there have been more than 15,000 serious adverse events following the Hib vaccine reported to the U.S. Vaccine Adverse Events Reporting System (VAERS), including more than 2,250 deaths.

In 2011, Japan ordered doctors to stop giving Hib and pneumococcal vaccines after 4 babies died. At the same time, more than 2,250 babies died in the U.S. And what did the U.S. government agencies do? Nothing!

What about the Irish and the Jews, and the Africans….?

A big problem with many vaccine studies is that they are done on one ethnic group. For example, the above study was done on Navajo babies. Would we find the same results for Irish, Italian, Korean, Japanese, Chinese, German, African, French, African, Polish, Jewish, Russian or other children? No one knows.

Don’t forget that many people in the FDA will, when they leave the organization, work for the pharmaceutical companies they have been “regulating.” Who wants to risk upsetting their future employers?

Vaccine research: what we really need

We need vaccine research studies comparing vaccinated with truly non-vaccinated children done by independent researchers using a placebo that is a real placebo – such as saline or better still, nothing at all.

In the meantime, no vaccine has been tested according to the scientific gold standard: a double-blind, placebo-controlled study. There is no scientific study which can confirm the long-term safety and effectiveness of any vaccine.

Dr. Tedd Koren is the author of Childhood Vaccination: Questions All Parents Should Ask.