At various times people are scared into getting a flu shot. Why? Because the 1918 flu, often called the 1918 “Spanish flu,” could come back. Remember, that wasn’t just an epidemic, it was a worldwide pandemic: millions died! We are warned that it could happen again and a flu shot will protect you and your loved ones. People are told, “If you don’t vaccinate you could get very sick and die,” and these scare tactics work. 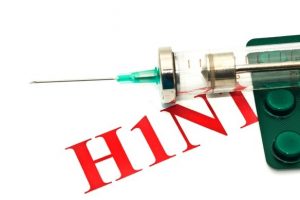 For example. these tactics scared millions of people into getting a flu shot when the H1N1 flu was coming because (so they were told) it looked like the 1918 flu virus.

But, why was the 1918 flu such a killer? Why was the death rate (mortality) so high? The answer can be given in one word: philosophy.

Regular MDs follow the philosophy of healing known as mechanism. Mechanistic healers, for example, believe that symptoms are bad and must be suppressed, usually with drugs.

There is, however, an alternative philosophy of healing known as vitalism. In 1918 practitioners of vitalistic healing arts were osteopaths, chiropractors and homeopathic MDs. Vitalistic healers, for example, believe that symptoms are what the body uses to heal and therefore serve a necessary purpose and are to be respected – and generally are not to be suppressed. 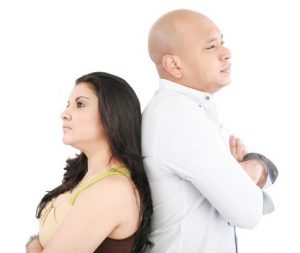 This dichotomy in healthcare is nothing new. For over 2,500 years these two competing philosophies of health have been battling over the hearts, minds and pocketbooks of the public and the powers-that-be.

As mentioned earlier, mechanists reduce or eliminate (suppress) symptoms. However, when suppressing symptoms with drugs there is a down-side. The fever, inflammation, rash, aches, pains and other uncomfortable symptoms may appear to go away but they do not disappear. They are instead driven deeper into the body, into more critical organs.

Additionally, the cause(s) of the symptoms, such as body malfunction, toxicity and stress remains. It has long been observed that when symptoms are suppressed, the disease goes deeper. As a result, internal organs, as opposed to superficial organs, are affected.

What does this have to do with the Spanish Flu pandemic?

The so-called Spanish Flu of 1918-1919 was little different from other flu epidemics that came and went year after year without much mortality. So why was Spanish Flu such a killer? The answer can be given in one word: aspirin.

Aspirin was a relatively new drug in 1918. MDs did not fully understand how to use it safely and its potential dangers. When the flu hit, patients’ families demanded their medical doctor “do something.” In response, he reached for the latest wonder drug that lowered fever and reduced aches and pains. 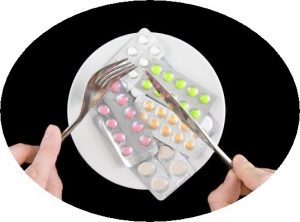 But the MD overreached. Aspirin was a new drug and its effects were not known. Aspirin can be poisonous. Remember why “childproof” aspirin bottles were designed? It was because kids would swallow the little white tablets, thinking they were candy. Aspirin became the leading cause of child deaths from poisoning.

Years later it became a cliché that MDs told patients, “Take two aspirin and call me in the morning.” But in 1918 MDs told patients to take aspirin by the handsful. In addition to aspirin poisoning, the patient’s body couldn’t generate a fever. Why is that so important?

The benefits of fever

Fever is a powerful health-restoring mechanism; its many benefits include: 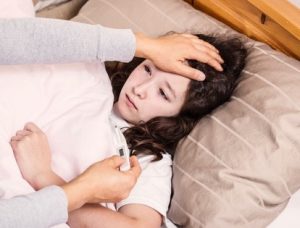 Therefore, by artificially lowering fever with aspirin, infection multiplied and spread to internal organs. Aspirin also “thins” the blood causing the lungs to develop a dangerous buildup of fluid. Now we have a perfect medium for germ growth. Therefore, autopsies from 1918 flu or Spanish Flu victims did not reveal death from viral infection but from “wet” or “hemorrhagic” lungs and pulmonary edema.

A typical example of medical flu “management” from those days:

In February 1919…Edward’s fever kept getting higher and higher…aspirin…was given to him by the 1/2-handful over and over…Edward sweated through his mattress…Dr.…could not save his patient.
Clella B. Gregory, Pandemic Influenza Storybook, US Department of Health and Human Services. Centers for Disease Control and Prevention. Pandemic influenza storybook: personal recollections from survivors, families, and friends.
http://www.pandemicflu.gov/storybook/stories/courage/gregory/index.html

About the 1918 flu, according to Dr. Karen M. Starko (MD), an infectious disease specialist:

In 1918, the US Surgeon General, the US Navy, and the Journal of the American Medical Association recommended use of aspirin just before the October death spike. If these recommendations were followed, and if pulmonary edema occurred in 3% of persons, a significant proportion of the deaths may be attributable to aspirin.
Starko KM. Salicylates and pandemic influenza mortality, 1918–1919 pharmacology, pathology, and historic evidence. Clinical Infectious Diseases. 15 November 2009;49(9):1405-1410. https://academic.oup.com/cid/article/49/9/1405/301441

In another example, researcher Dr. Tsunetoshi Shimazu, in a letter in the British Medical Journal, noted this observation:

In addition to aspirin use, medical treatment consisted of cough syrup to suppress cough. This resulted in an inability to clear the lungs and bronchi.

An article in the journal Pharmacotherapy reveals that taking aspirin or Tylenol™ for the flu (both fever reducers) could prolong one’s illness by up to 3½ days!
Plaisance KI et al. Effect of antipyretic therapy on the duration of illness in experimental influenza A, Shigella connei, and Rickettsia rickettsii infections. Pharmacotherapy. 2000;20(12):1417-1433.

There is one drug which directly or indirectly was the cause of the loss of more lives than was influenza itself: aspirin. Aspirin was taken until prostration resulted and the patient developed pneumonia. – Frank L. Newton, MD
Winston J. Influenza-1918: homeopathy to the rescue. The New England Journal of Homeopathy. Spring/Summer 1998;7(1):112-115. 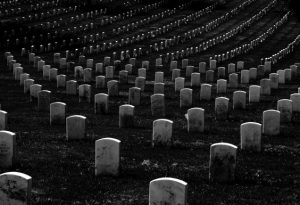 However, there is no better way to assess the success of a healthcare approach than comparing body counts. Clinicians, researchers and epidemiologists may argue about diagnosis, but you can’t hide a body. For example, let’s compare body counts of patients under medical, osteopathic, chiropractic and homeopathic care. Fortunately for many, America in 1918 had more healthcare competition – to society’s benefit.

Because of this physiological observation, those under chiropractic care were quite fortunate. For example, in Davenport, Iowa MDs reporting losing one patient out of every 15 (6,116 deaths from 93,590 patients – .65%) while Chiropractors at the Palmer School of Chiropractic (Davenport, Iowa) reported 1,635 cases of the flu with one death (.006%).  Across the state, Iowa doctors of chiropractic reported 6 deaths out of 4,735 cases (.013%).
Rhodes WR. The Official History of Chiropractic in Texas. Austin, TX: Texas Chiropractic Association. 1978. Chiropractic statistics. The Chiropractic Research and Review Service. Indianapolis, IN: Burton Shields Press. 1925.

Remember, the osteopathic and chiropractic approaches recognized fever as the body’s response to an infection and did not reduce fever. Also, both DOs and DCs practiced spinal and manipulative care.

In addition to osteopaths and chiropractors, homeopaths do not suppress fever or other symptoms. As a result, according to W.A. Dewey, MD homeopathic physicians in Philadelphia reported a mortality rate of 1% for their 26,000 1918 flu patients.
Winston J. Influenza-1918: homeopathy to the rescue. The New England Journal of Homeopathy. Spring/Summer 1998;7(1):112-115.

For example, reports from homeopaths about deaths from the 1918 flu bear this out (Note: at the time, most homeopaths were MDs) were reported:

In a plant of 8,000 workers we had only one death. The patients were not drugged to death. Gelsemium was practically the only remedy used. We used no aspirin and no vaccines. – Frank Wieland, MD

I did not lose a single case of influenza; my death rate in the pneumonias was 2.1%. Aspirin and quinine were almost the sole standbys of the old school and it was a common thing to hear them speaking of losing 60% of their pneumonias. – Dudley A. Williams, MD
Winston J. Influenza-1918: homeopathy to the rescue. The New England Journal of Homeopathy. Spring/Summer 1998;7(1):112-115.

In reading the accounts of the epidemic it seems that most of the deaths were caused by a virulent pneumonia that was especially devastating to those who depressed their system with analgesics – the most common being aspirin.

The Physician from whom I first learned homeopathy, Raymond Seidel, MD, HMD, said that he decided to be a homeopathic doctor during the flu epidemic when he was a 10-year-old delivery boy for a homeopath in New Jersey. He said, ‘I saw that the people who were taking aspirin were dying, about half those who were drinking a lot were dying, and those that received homeopathic remedies were living.’
Winston J. Influenza-1918: homeopathy to the rescue. The New England Journal of Homeopathy. Spring/Summer 1998;7(1):112-115.

What do you do for the flu? 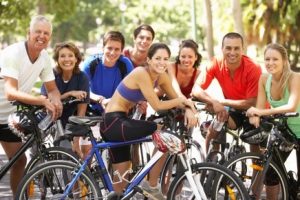 What do you do if you have the flu? Firstly, for complete healing avoid suppressive therapies such as aspirin, Tylenol™ and other drugs that prevent fever. Secondly, use suppressive therapies only in life-threatening situations. Thirdly, use natural methods because most cases of the flu will benefit most from expressive (vitalistic) healthcare that respects fever and the body’s other healing mechanisms (symptoms).

This man was a true believer – sacrificing himself to the MDs (i.e. medical deities):

NY Sen. Peralta dies after receiving a flu shot he was promoting.
Here’s the story: https://saynotovaccines.org/2018/11/24/a-memorial-for-senator-peralta-of-ny-yet-another-tragedy-of-stupidity-brainwashing/