Back Surgery, Discs and Medical Bias

Back Surgery, Discs & Medical Bias: In Bed with My Patient

Back surgery? The call

I got a call from someone who sounded terrible.

“Doctor Koren, I’m in agony. A few days ago, I was out golfing with my family and something went out in my back. I’ve been in bed for days. Yesterday I was literally carried to get an MRI and a neurosurgeon will be getting back to me soon. A friend who saw you said you can help me. Can you do anything for me?”

“Can you come over to my office?”

“Of course.” I got his address and picked up my ArthroStim® instrument and was off.

Back surgery? The first visit

When I arrived at his house his wife let me in. “Please follow me. He’s upstairs in bed, he’s been counting the seconds until you arrived.” I followed her upstairs.

It looked like he had not left his bed for many days. He had a five- or six-day-old beard. “Thank you so much for coming. Please excuse me for not getting up.”

“No problem, where’s an electrical outlet?” I plugged in the instrument and climbed onto the bed with him. 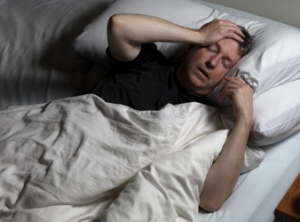 My getting onto the bed moved the mattress and he grunted in pain. “I’ll try to move around slowly,” I told him.

So I checked and corrected him as he lay there. I released what I could and it was no surprise that his discs, as well as his vertebrae, were subluxated. In addition, he was very dehydrated; disc problems and dehydration go together. He was playing golf on a very hot day and drinking margaritas. That’ll dry you out and it may have precipitated his disc damage.

Actually, I’ve found that if you get people with disc problems to drink more water a large number of them would, by that act alone, become pain-free (and possibly avoid back surgery). When discs are dehydrated, they become friable – the fibers crack and split – resulting in bulging and even herniation. That can occur especially when they are under stress (such as when swinging a golf club).

I corrected the discs and vertebra. He was still in a lot of pain. “I’ll see you tomorrow,” I told him.

The next few days

As I entered the bedroom the second day he sat up in bed. He was able to move a little without too much pain and had even showered and shaved. He couldn’t stand very long and was still fairly immobile most of the time. I climbed onto the bed and worked on him again; this time I was able to reach more areas.

The next day he was driven to my office and using crutches, he walked in. Because I was able to correct him standing as well as sitting and in the position he was in as he swung his golf club, more subluxations were revealed and could be corrected.

On day four he drove in by himself. After a few more days he was pain-free.

Later in the week, he drove himself to the neurosurgeon.

His visit with the neurosurgeon 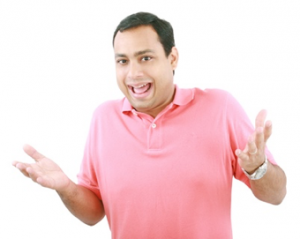 As he walked into the doctor’s office the MD’s jaw dropped. “Your MRI was the second worst train wreck I had ever seen in my 30-year career. I was going to recommend immediate back surgery. I can’t believe you’re pain-free. Amazing.”

“Would you like to know what I did to get out of pain?” he asked.

Surprised? I’m sure that if you’re a doctor of chiropractic reading this story you’ve got plenty of similar stories.

The number one rule in all healing is “listen to the patient, the patient is your teacher. “

And, of course, that only works if one’s mind is open.

This medical phenomenon is not only related to chiropractic care.

For example, Harris Coulter, Ph.D., the world-famous medical historian, told of a friend who was diagnosed with lung cancer and given six months to live.

Dr. Coulter recalled, “I told him that in Alexander Solzhenitsyn’s book, The Gulag Archipelago, Solzhenitsyn mentioned that he was diagnosed with lung cancer and cured it after taking extracts from the yew tree.”

So, his friend found a source of yew extract and began to take it under the direction of a naturopathic physician. Six months later he returned to the M.D. who gave him six months to live.

After the examination, the doctor reported, “Your lungs are clear. No cancer at all.”

I’m shocked that the medical profession ever questioned the intelligence, ethics and morality of chiropractors and other alternative healthcare practitioners. 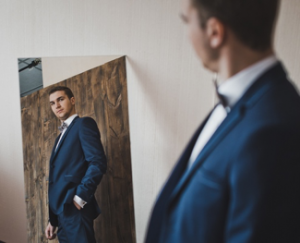 Apparently, they were looking in a mirror, blinded by the prestige, money and power that society has given them.

What is it with the medical mind? How can they be so clueless? Coulter discusses this in his magnum opus Divided Legacy (Vol. 4) in Chapter 26, “The Training of Physicians” (p. 645), where he quotes M.D.s, educators and students.

What M.D.s, educators and students say:

The majority of students complain that they experience constant anxiety and stress. A “dehumanizing experience” is their most frequent characterization of medical school…  From a sophomore: “I was not sure the day after I entered whether I was in a prison or a kindergarten, and I still haven’t made up my mind.” Daniel H. Funkenstein

The doctor-scientist orientation produces a nasty side effect; it takes incoming medical students who are interested in people and transforms them into doctors interested in diseases. Michael Crichton

Students entering medical school are a very healthy bunch of young people. If they’re not when they leave, it’s because we did it to them. Pearl Rosenberg

The clinical years of medical school thus perpetuate the confusion and alienation of the preclinical ones. The first two years instill in the student just enough abstract information to inhibit precise observation, while the last two deaden the sensibilities, which might have enabled him to overcome the legacy of the preclinical period. He leaves medical school dehumanized.

These are people who are worshipped by the general public who are unaware of what kind of people they are putting their trust in.

These are people who are caught in a machine that is as much political as it is professional. Their education is increasingly overseen by pharmacological research and they graduate with a narrow view of life and health. Perhaps they have no concept of health since their focus is disease.

So is it any wonder when true healing is revealed they recoil in shock and bewilderment? Fearful of admitting their deficiencies they quickly turn away and mumble, “No, not really.”

And they are right. They don’t want real. Real is a frightening place. It is beyond the confines of their comfortable thoughts. There is no reality in their education, outlook and practice. They’re better off not going there; it would destroy their powerful though brittle world.

But sometimes they just don’t turn away in denial. Sometimes they attack. “That alternative stuff? It’s all a bunch of non-scientific crap.”

As George Bernard Shaw once wrote, “You might as well ask a butcher to comment on vegetarianism.”

Back surgery or a bed call?

So that house call, I mean bed call, that I made was a microcosm of what many patients must deal with. This patient was lucky to have looked outside the system that may have recommended back surgery.

Not everyone is lucky enough to have a chiropractor get in bed with them – professionally speaking.