Cancer: From rare to epidemic

When I speak before groups I like to ask the question, “By a show of hands, how many people here have had their lives touched by cancer?” Nearly everyone raises their hand. My hand is raised as well.

And yet, were I to have asked that question a hundred years ago, to an audience of 1,000 people or 10,000 people, maybe one or two people would have raised their hands.

What’s going on? Why has cancer gone from a rare illness to an epidemic, a pandemic, in the historical blink of an eye?
David AR, Zimmerman MR. Cancer: an old disease, a new disease or something in between? Nature Reviews Cancer. 2010;10:728-733.

Cancer was, until relatively recently, a very rare illness, barely ever seen or spoken of. There is a reason why cancer has exploded. That is the most important question we can ask in understanding cancer because unless you know the cause, you cannot find a real cure.

In addition to cancer there is a common thread across all the “diseases of civilization”: multiple sclerosis, Parkinson’s disease, ALS (amyotrophic lateral sclerosis or Lou Gehrig’s Disease), autism and more. What is it? Read on.

Cancer touched my family, more than once. I experienced the fear, terror and sense of hopelessness that so many people diagnosed with this life-threatening illness feel.

Chemotherapy has been a colossal failure in most cases. Statistically, in many of those few cases that recover, survival may be due to spontaneous remission (the body simply dissolves the tumors on its own). Chemotherapy treatment fails nearly 99% of the time – a treatment whose success was described by Ulrich Abel, a researcher as “appalling.”
Abel U. Chemotherapy of advanced epithelial cancer – a critical review. Biomed Pharmacotherapy. 1992;46(10):439-52.u

Chemotherapy is so toxic that most oncologists would refuse to take it themselves if they had cancer.

Many oncologists would decline chemotherapy for themselves or their families.
Moore MJ, Tannock IJ. How expert physicians would wish to be treated if they developed genito-urinary cancer (abstract No. 455). Pro ASCO. 1988;7:118.

81% of oncologists said they would refuse chemotherapy for themselves or their families citing lack of effectiveness and toxicity.
Mackillop WJ et al. The use of expert surrogates to evaluate clinical trials in non-small cell lung cancer. British J Cancer. 1986;54:661-667.

[88% of] doctors who were terminally ill would avoid aggressive treatments such as chemotherapy – despite recommending it to their patients.
Periyakoil VS, Neri E, Fong A, Kraemer H. Do unto others: doctors’ personal end-of-life resuscitation preferences and their attitudes toward advance directives. PLOS One. May 28,2014. 0098246

This hypocrisy has not gone unnoticed:

I’ve met one oncologist in my life who wouldn’t be classified as a sociopath … they are willing to give chemicals to a person knowing that it causes harm, collecting the money for it, and moving on to the next patient and that by definition would make them sociopathic. No conscience, no remorse, yet giving them drugs they themselves would never take… — Michael Farley, ND

Establishment medicine, with little or no evidence to support their barbaric use of these highly toxic drugs, continues to make fortunes while their patients spend their last days vomiting, debilitated, baldheaded and without dignity. — Robert Wilner, MD, PhD

As a result of cancer touching my family and friends, and the confusion, ignorance, failures and funerals I attended, I began years of intense study, and research to write Cancer is Natural, So is the Cure. In my quest, I discovered – or more accurately, rediscovered – the causes and cures of cancer.

The war on cancer – cancer won!

Why has cancer exploded from rare to commonplace – and why does it continue to increase? Why is the “war on cancer” such a failure? After billion$ spent we have little to show for it. In the modern medical war on cancer, cancer appears to have won. This has been known for decades:

Overall death rates for many common cancers remain stubbornly unchanged – or even higher – than when the war began. E. Marshall, Science, 1991.

Evidence has steadily accrued that (cancer therapy) is essentially a failure.
NJ Temple, MD, Journal of the Royal Society of Medicine, 1991.

Some 35 years of intense effort focused on improving treatment must be judged as a qualified failure.
John C. Bailar, MD, The New England Journal of Medicine. 1997;336:1569-1574.

Is your body committing suicide?

Why would the body create and nourish a tumor? Yes, nourish – the body not only creates but supplies the tumor with a blood supply. Why would your body do such a thing? Is your body committing suicide?

Your body is incredibly intelligent – it created the tumors for a reason. Not to kill you, but to help you. In Cancer is Natural, So is the Cure I explore the true causes and the real cures of cancer. Yes, the tumor serves a purpose.

We explore cancer’s myths and facts, especially the wrongheaded belief that cancer is a genetic disease.

Not a genetic disease

Yes, we have in our genome, in our chromosomes, genes that are coded to create cancers (oncogenes) but we also have genes coded to reverse cancers (tumor suppressor genes). They are activated or inactivated, turning on and turn off based on environmental signals in the

cytoplasm. Genetic changes are downstream from the tumor. Genes don’t cause cancer, they are the result of a tumor-generating environment, a late-stage development in the progression of an unhealthy body.

As with chemotherapy (at as much as $10,000 a month), the search for the genetic cause of cancer has been mostly a painful and expensive failure. But that hasn’t stopped some women, from getting their healthy breasts cut off because they were told they have a “cancer gene.”

How could cancer “run in my family” if for hundreds of generations there was no cancer and suddenly cancer appears? Our genes may take thousands of years to change – yet cancer has become epidemic in a generation or two.

Does attacking the tumor with surgery, chemotherapy or radiation correct the metabolism that created the cancer or tumor in the first place? To be effective a cure for cancer has to be a causal one.

One of the biggest cancer myths is that people must rush into chemotherapy, radiation and surgery to “do something right now.” That is often a mistake, in fact once discovered the tumor has been there, in most cases, for many years:

On average the tumor is ten years old … before it can be detected and with few exceptions is health-endangering or life-threatening.
Friberg S, Mattson S. On the growth rates of human malignant tumors: implications for medical decision making. Journal of Surgical Oncology. 1997 Aug;65(4):284-297.

That means you have time. You have time to address the causes of cancer, not the symptoms (the tumor).

Cancer is a slow-growing disease … doctors will pressure patients to make a decision but on average it has been going on for ten years before discovered and it’ll probably go on for another ten, 15 or 20 years before it kills them.
John J. McDougall, MD in Healing Cancer From Inside Out (2nd edition). Produced by Ravediet.com, 2008.

You have time to address the cause; time to have a natural, safe, gentle and complete cure.

Just as everyone is infected with all kinds of bacteria and micro-organisms but few get a serious infection unless other factors are present. In the same way, most people have cancer cells but few develop tumors. Most cancers disappear without the person even knowing they ever had cancer.

Your body created the tumor, your body can dissolve the tumor 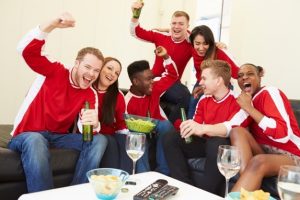 Spontaneous remission, the natural dissolving and disappearance of cancer, is far more common than has ever been realized.

The above is from Cancer is Natural, So is the Cure by Dr. Tedd Koren. For more information or to purchase this book go to korenwellness.com/cnc-2018 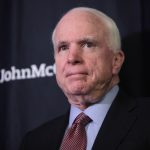 The 3 Things Senator John McCain (and Anyone Else)…