A young boy, 2½ years of age.… From the time the child was 12 months old, every night, he sat up in bed and repetitively banged his forehead against the wooden crib bars from 1 to 2 hours, after which the child went back to sleep.… Daytime behavior was described as normal.1

Head banging has been reported in 3.3 to 15.2 percent of “normal” children.2 But it is more common in children with ce­rebral palsy, mental retardation, schizophrenia, autism, otitis media, teething, decreased visual acuity and certain genetic syndromes.3

I’ve often said that some of the most ridiculous things are found in medical journals. Head banging is serious yet the medical profession considers head banging a relatively harmless way of releasing tension. “If the sound of your baby’s head banging bothers you, try moving the crib away from the wall. Also, be sure to tighten the screws and bolts on his crib regularly.”4

A helmet is sometimes recommended.5

What causes head banging? Medically the cause is unknown. The psychoanalytic school believes head banging is a manifestation of poor ego identity6 and even maternal deprivation.7 The latter appears related to the discredited “refrigerator mother” school of autism etiology.

However, head banging, head rolling, thumb sucking and other repetitive behaviors may be indicative of cranial subluxations either causing or resulting from meningeal stress. These subluxations/meningeal stresses are often the result of neurological damage caused by pre-natal or birth trauma, accidents, vaccinations, chemical stress and/or emotional stress. Anger and other extreme emotions tighten the meningeal system and increase brain pressure; consequently, head banging is sometimes associated with tantrums.8

Repetitive rocking appears to be an attempt to release pressure on the brain and nervous system.9-12

Cranial movement appears to help the body adapt to changes in air pressure. If the bones of the skull are subluxated, proper accommodation cannot occur and meningeal stress on the brain and nervous system cause pain and discomfort. That’s why children become hypersensitive when a storm is on the way.

According to an osteopathic source, “Head banging is often an indicator of stresses within the head, and not simply a sign of frustration.”13

Many autistic children are known to bang their heads, chew on their wrists and/or the bases of their thumbs until deep tissue (tendon sheath) is visible, and/or they may suck on their thumbs so vigorously that the front upper teeth begin to displace forward.

Actually, these thumb-sucking children are pressing on the roof of the mouth as hard as they can. We have observed that, when specific corrections of the craniosacral system are success­fully carried out, these behaviors spontaneously cease.

It is my opinion that the head-banging child is trying to release a compressive force in the head that is quite painful. When we release this compression, head banging stops.14 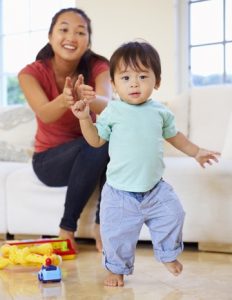 It may be no coincidence that head banging in some children occurs when walking begins since, at that stage, the lower back or lordotic curve forms which adds length to the spinal cord and may increase meningeal tension.15

What needs to be done for head banging, thumb sucking and toe walking?

Head bangers appear to be trying to relieve cranial/meningeal stress or pain. When meningeal and structural stresses are relieved head bangers have often responded favorably.

Alex was given [cranial] osteopathic treatment after the second treatment his chronic head banging stopped.16

A 3½-year-old autistic female compulsive head banger had a “50% reduction in head banging” under chiropractic care.17

However, cranial work was not included in this child’s care. Had this child additionally received cranial care the reduction would have no doubt been 100%.

In over twenty years of practice with thousands of brain-injured children we have found brain tension due to severe cranial sacral pressure due to the temporal bones and sphenoid basilar junction being “stuck” in addition to intense myofascial strain. After Koren Specific Technique (KST) was added to our protocol we have seen even more rapid progress in creating good cranial rhythm, reducing fascia strain and eliminating head banging. Matt Newell, Director of Family Hope Center, Norristown, PA18

In addition to head banging and thumb sucking it has been observed that toe walking, another symptom of meningeal tension, can be relieved with proper care. In a personal communication to the author Kevin Johanson, DC of Beaumont, Alberta, Canada writes:

A three-year-old was brought in for care because he was a toe walker. After one visit using KST procedures, he stopped walking on his toes.

What to check for

All cranial bones may subluxate; however, using Koren Specific Technique (KST) analy­sis procedures, we have found the following subluxations most common:

When the sphenoids and occiput are subluxated the proper function of the sphenobasilar junction that pumps cerebrospinal fluid (CSF) may be impaired. 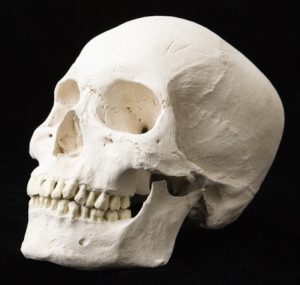 Please keep in mind that every skull is different. Birth trauma may subluxate a part of the skull that is not anatomically “sup­posed” to be subluxated. That is especially true if there are bumps, ridges, indentations and other unusual landmarks on the child’s skull.

Of course, the upper cervical spine should be checked for sub­luxations. We find the following cervical subluxations most common:

Koren Specific Technique easily and quickly analyzes and corrects or adjusts the entire structural system, including the cranial bones with low force, in the order the body wishes the structures corrected. In addition to being able to locate and correct subluxations to a high degree of specificity on patients, KST practitioners can also specifically analyze and correct themselves!

Learn Koren Specific Technique (KST) through a home study program and at a live seminar. For more information on home study and live seminars go to www.korenspecifictechnique.com or call 267-498-0071.