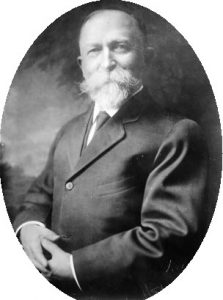 Processed food: The origins of an early breakfast food

John Harvey Kellogg, MD was the director of the Battle Creek Sanitarium in Battle Creek, Michigan. It was originally founded by members of the Seventh-day Adventist Church in 1866. Many of Kellogg’s approaches were inspired by that church’s doctrine.

Kellogg was also influenced by various health reformers such as Sylvester Graham who believed that people should eat only plants, emulating Adam and Eve in the Garden of Eden. His work inspired the creation of graham flour, graham bread and graham crackers.

The Battle Creek Sanitarium was a combination of a fancy spa, a hospital and a high-class hotel. Kellogg treated the rich, the famous and the poor promoting plain and simple vegetarian foods, hydrotherapy, exercise, sunbathing, colonics and enemas for intestinal health, and, of course, abstention from sexual activity. He called his system “biologic medicine.”

Kellogg was unmarried when he published the first edition of Plain Facts about Sexual Life in 1877. The book followed many Adventist views regarding celibacy. When he married, he and his bride apparently spent their honeymoon working on the next edition. Plain Facts eventually became a four-volume set of 900 pages and sold half a million copies.

The couple were foster parents to 42 children, legally adopting at least seven of them yet they maintained separate bedrooms. They did not have any biological children and it is believed their marriage was never consummated.

Kellogg’s corn flakes, made by toasting flakes of corn, became the most popular food. This easy, out-of-the-box, no refrigeration needed cereal forever changed American (and later international) breakfast. Today hundreds of boxed breakfast cereals are available, replacing the “all American breakfast” of eggs, sausage, cream, butter, bacon and other meats that health reformers decried as unhealthy.

Modern cold breakfast cereals are produced by a process called extrusion. Here is a description of extrusion from an industry source:

In other words, the process takes wheat, corn, rice, oats and other grains, and mashes them up with water to make a slurry. That goes into an extruder machine where it is forced through small holes at high temperatures (up to 200 degrees C) and pressure. The results are little o’s, flakes, fibrous shreds (to make Shredded Wheat or Triscuits) or puffed rice and various colored and shaped grains that fill the boxes that line the shelves of our supermarkets and fill the tummies of our children (and some parents too!). 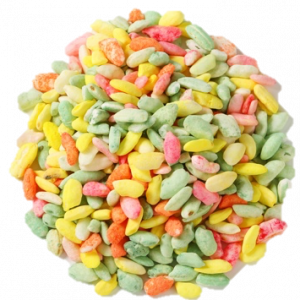 The extrusion products are then sprayed with a coating of oil and sugar to seal off the cereal and to give it crunch when milk is added. The process destroys much of the nutrients, denatures fatty acids and even destroys the synthetic vitamins added later on.

How much more natural can you get?

The FDA believes high-temperature, high-pressure extruded grains are no different from naturally grown and cooked grains. This is patently untrue.

The extrusion process breaks down the organelles and disperses the proteins, which then become toxic. When the proteins are disrupted in this way, they can adversely affect the nervous system, as indicated by the cornflake experiment.
Batterman-Azcona SJ, Hamaker BR. Changes occurring in protein body structure and α-zein during cornflake processing. Cereal Chemistry. Mar/Apr 1998;75(2):217-221.

Where are the animal and human studies that show this bizarre, tortured grain derivative is safe? There are none! Apparently, that’s the way the multi-billion-dollar cereal industry likes it. However, some unpublished animal studies indicate that extruded grains are indeed toxic, particularly to the nervous system.

Processed food: the cereal or the box? 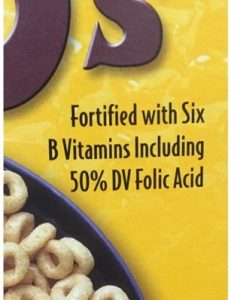 In 1960, University of Michigan, Ann Arbor researchers fed one group of laboratory rats cornflakes to eat and another group the cardboard box the cornflakes came in. The rats eating the box lived longer than the rats eating the cornflakes. The first “box” rat death occurred the day the last “cornflake” rat died. The cornflake-eating rats developed aberrant behavior, threw fits, bit each other and finally went into convulsions. Autopsy revealed dysfunction of the pancreas, liver and kidneys and degeneration of the nerves of the spine. These are all signs of insulin shock.

There is apparently more nourishment from the box the breakfast cereal comes in than in the cereal itself. Even “organic” boxed breakfast cereals sold in health food stores are made using the extrusion process (often using the same machines). How organic is that? 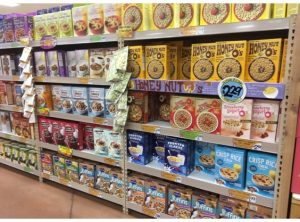 Yes, the box looks pretty and famous athletes, cartoon characters and actors endorse the contents. What do they really know about “the breakfast of champions?” None of them are food scientists. As a result, millions of children (and adults) begin their day with a bowl of extruded breakfast cereal full of toxic protein and cellular fragments. Let’s not forget the added pasteurized and homogenized, low fat, skim milk.

Not just for breakfast anymore

In the processed food industry, extrusion is a growing technology. Its products are not just for breakfast anymore but include:

Dry and canned dog and cat foods and treats, and a number of products for other pets and for wild and tame birds…. The range of extruded foods has been extended to coatings, such as breadings and flakes. These are used on fried foods, particularly frozen fish and chicken portions. Extruded products have replaced some of the traditional baked crumbs … manufacture of baby foods from extruded feedstocks of cereals and milk powders.
Guy RCE. Extrusion technologies. Reference Module in Food Science. 2004:1:366-371. https://doi.org/10.1016/B978-0-08-100596-5.00144-X

What should we feed our children (and ourselves) for breakfast? Processed food? Nutrition experts Sally Fallon and Mary Enig in Be Kind to Your Grains say it best:

Breakfast cereals are a bad deal, all the way around. They are very costly in terms of food dollars spent and their effects on our health. So much better to have eggs and bacon for breakfast, or soaked and cooked porridges with butter and cream.
Fallon S, Enig MG. Be Kind to Your Grains … And Your Grains Will Be Kind to You. January 1, 2000. https://www.westonaprice.org/health-topics/food-features/be-kind-to-your-grains-and-your-grains-will-be-kind-to-you/

For a long, healthy (and fertile) life let’s eat real, nutrient-dense foods made the traditional way that have a proven track record of supporting hundreds of generations. Our grandparents and great grandparents knew how to eat right all along.