Someone asked in an online discussion group, “What mistakes do anti-vaxxers make?” I’m sure the below answers I gave to that obviously leading question were not expected.

So, for your review, here are, in my humble opinion, the top ten mistakes most anti-vaxxers make.

10. Anti-vaxxers often fail to point out that deaths from childhood diseases were dropping for decades before vaccination—as much as a 98% drop in mortality and severity of morbidity (sickness).

Why? Epidemiologists report better sanitation, less crowding, hot and cold running water, sewers, flush toilets and overall improved living conditions as causing this, not vaccination! However, autism, allergies, asthma, cancer and other chronic (permanent or lifelong) diseases began to dramatically increase as more vaccines were given.

9. Anti-vaxxers don’t explain that the acute symptoms of childhood diseases are beneficial. 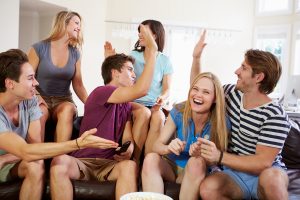 It is important to understand that the fever, rash, diarrhea, vomiting and malaise that we see in the so-called “acute infectious diseases of childhood” are beneficial; they serve as a powerful detoxification and promote maturation of the child’s immune system. Studies show that children who have febrile infectious diseases of childhood have less cancer, heart disease, stroke, allergies, asthma, eczema and other chronic illness in adult life.
Cann SAH, van Netten JP, van Netten C. Acute infections as a means of cancer prevention: opposing effects to chronic infections? Cancer Detection and Prevention. 2006;30(1):83-93.
Albonico HU, Braker HU, Husler J. Febrile infectious childhood diseases in the history of cancer patients and matched controls. Medical Hypotheses. 1998;51(4):315-320.
Krämer U, Heinrich J, Wist M et al. Age of entry to day nursery and allergy in later childhood. The Lancet. Feb. 6 1999:353(91151):450-454.
Martinez FD. Role of viral infections in the inception of asthma and allergies during childhood: could they be protective? Thorax. 1994;49:1189-1191.

Vaccination bypasses the skin and mucous membranes and introduces toxins deep into the body, directly into the bloodstream where they have access to all the internal organs. This is something the immune system was designed to prevent. Because the toxins are so deep the child is often unable to generate fever, rash and other symptoms needed to externalize them, to remove them from the body. The result is chronic illness—children that are always sick.

In the 1960s approximately 4% of children suffered from a chronic illness, by 2007 the number was 54%. Today it’s even worse—cancer is the leading cause of death by disease in American children while asthma, allergies, autoimmune and nervous system disorders (ex. ADD) are skyrocketing.
Bethell CD, Kogan MD, Schor EL et al. A national and state profile of leading health problems and health care quality for US children: key insurance disparities and across-state variations. Academic Pediatrics. May-June 2011;11(3):S22–S33.

Physically and mentally our children are sicker than ever in recorded history. In 2017 US government reporting on pediatric health indicators revealed:

• one in five children (kindergarteners through adolescents) were obese
• one in ten had activity limitations resulting from chronic health problems
• one in seventeen (more males than females) had, according to a parent, “serious difficulties with emotions, concentration, behavior or getting along with other people”
https://www.childstats.gov/americaschildren/glance.asp Federal Interagency Forum on Child and Family Statistics

The suppression of acute symptoms such as fever, rash, diarrhea and vomiting with drugs and vaccines has given us a generation with chronic illnesses. This has been known for decades. For example, Henry Lindlahr, MD, stated:

The greatest part of all chronic disease is created by the suppression of acute disease by drug poisoning.

7. Anti-vaxxers don’t discuss the differences between vaccinated and non-vaccinated children.

Non-vaccinated children are much healthier than the vaccinated. Many studies reveal this but they are ignored.
Pearce N et al. Is infant immunization a risk factor for childhood asthma or allergy? Epidemiology. 1997;8:678-680.
McKeever TM, Lewis SA, Smith C. Does vaccination increase the risk of developing allergic disease? A birth cohort study. Thorax. 2002;57:Supplement III.

6. Anti-vaxxers don’t explain that the US Department of Justice has paid over $4 billion.

This amount has been paid to families whose children were killed or brain-injured by vaccination. That’s only a small fraction of what should be paid since 99% of vaccine injuries are never reported by MDs.

What are the real numbers? No one knows. Most parents with vaccine-injured children have no idea that the allergies, asthma, ADD, bipolar and other personality disorders, seizures, tics, cancer, digestive problems, autism, anorexia, bulimia, vision, hearing and other disabilities were caused by the vaccine they were assured was safe. Do they think it was just bad luck?

A procedure should not be done unless it is proven that the benefits outweigh the risks; vaccination’s benefits are unproven but the risks, including permanent brain damage and death, are immense.

4. Anti-vaxxers fail to explain that vaccination is not a scientifically-proven procedure but is based on 18th-century mythology and folk tales.

Vaccines are not tested as they are given in real life. Many children receive multiple vaccines during a “well baby” visit yet there are no safety studies showing that it is safe to give children multiple shots. If this bizarre practice had to be proven scientifically it would be exposed as an abysmal failure and banned. As Russell Blaylock, MD says, “the entire vaccine program is based upon nonsense, fear and concocted fairy tales.”
Huff EA. Dr. Russell Blaylock exposes criminal fraud of Gardasil, HPV vaccinations. Natural News. August 20, 2012. https://www.naturalnews.com/036874_Dr_Russell_Blaylock_Gardasil_HPV_vaccines.html

3. Anti-vaxxers fail to point out that polio was never proven to be caused by a virus.

The polio epidemic was caused by toxins—the indiscriminate use of DDT, DDE, lead arsenate and other poisonous chemicals. They were used in massive amounts before anyone realized these chemicals were neurologically toxic.
Humphries S, Bystrianyk R. Dissolving Illusions, Disease, Vaccines and the Forgotten History. CreateSpace Independent Publishing, 2015.
Roberts J. Polio: the virus and the vaccine. The Ecologist. January 5, 2004:35-48.

Coincidentally, the use of the chemicals was curtailed shortly before the polio shot came out.

That chemical toxicity caused polio was underscored by the work of F. R. Klenner, MD. Using his anti-toxicity protocol (intravenous Vitamin C) he reported cures of every case of polio—even the most severe bulbar polio.
Klenner FR. The treatment of poliomyelitis and other virus diseases with vitamin C. Southern Medicine and Surgery. 1949 July;111(7):209-214.

His research was ignored by those government officials and researchers keen on finding a “virus” as the cause of polio.

However, the polio vaccine was itself very toxic and because of its toxicity, the vaccine also caused polio symptoms. Polio increased dramatically after the Salk vaccine was introduced. However, these new cases were not diagnosed as polio but were instead renamed aseptic meningitis, acute flaccid myelitis (AFM) or acute flaccid paralysis (AFP), conditions whose symptoms were identical to polio thus giving the impression the vaccine was effective.

2. Anti-vaxxers made the mistake of not telling people they have a choice in most cases.

Every state in the US and many countries have exemptions—medical as well as religious and philosophical. Today three US states (West Virginia, Mississippi and California) only have medical exemptions.

Parents begin vaccinations at birth, or shortly thereafter, because they are worried that their non-vaccinated child won’t be able to go to public school. At the very least why not start vaccines at age 5 when starting kindergarten? The most severe vaccination damage such as autism, SIDS (crib death) and brain injury occur in the youngest children. Therefore, delaying vaccinations for as long as possible is in the best interest of the child.

My recommendation is that parents delay vaccination until the child is at least 30—at which time he or she can decide for themselves.

There are also networks of MDs and DOs who will write a medical exemption often at professional risk. In desperation, some parents were forced to go to extreme lengths by filling out the medical forms themselves and forging or making up a doctor’s name and dates of vaccinations in order to get their children into public and private schools.

Which brings us to the biggest mistake the majority of anti-vaxxers make:

1. Anti-vaxxers make the mistake of having their child vaccinated in the first place. 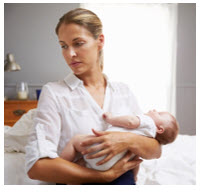 Most people who are anti-vaccination were initially not anti-vaccine, in fact, they believed in vaccination. And most believed their doctors and nurses, health departments and government officials that assured them that vaccines are safe and necessary for their child’s well-being.

They then watched helplessly as these same doctors, nurses and government officials turned their backs when their child was harmed or died shortly after they were vaccinated.

“It’s a coincidence,” they may tell the parents. How can a coincidence happen millions of times? Year after year? The medical profession and government bureaucrats are in denial.

The parents who are so vocal against vaccination were once true believers and sacrificed their children in the name of the religion of modern medicine. And their children will never be the same. They want to warn others of the dangers so they can take back, perhaps in some surreptitious way, the moment they agreed to this barbaric, unscientific, bizarre procedure of injecting toxins into their babies.

Dr. Tedd Koren is the author of Childhood Vaccination: Questions All Parents Should Ask. Click here to learn more about the dangers of childhood vaccinations. View Dr. Koren’s latest video blog discussing “Measles natural healing herd immunity and the dangers of vaccination” on YouTube. You may also enjoy his blog post Vaccination, a Pediatrician and My Car.