Back Pain: Learning the Lessons it Offers

For back pain: a natural alternative to the orthopedic surgeon, steroids and opioids

A well-known chiropractor was suffering from back pain and disc pain, sacroiliac pain and searing pain going down his leg (sciatica). Some days he couldn’t walk more than ten feet before the intense pain forced him to stop and sit—even on busy city streets. After a few minutes he could walk—for another ten feet.

To find relief he crisscrossed the country, traveling thousands of miles. He saw between 40 and 50 chiropractors, bodyworkers, physical therapists, CranioSacral™ therapists, acupuncturists, osteopaths, MDs and others. He continued to deteriorate. This went on for ten years.

That well-known chiropractor was me. Here I was, lecturing and writing on the benefits of chiropractic in the US and internationally and yet I was miserable—on many levels.

I’ll never forget looking at a photo of three of my grandmother’s brothers—my great uncles. They were surrounded by canes and walkers; all had back surgery, hip replacements, disc operations—and still suffered.

“Is that to be my fate?” I asked myself. I was getting depressed. After spending lots of time and money and continuing to suffer how would you feel? I felt lost. I continued to resist surgery, steroid injections and painkillers—but for how much longer?

Nowhere else to turn for relief from back pain

I had nowhere else to turn so I began to experiment on myself. I combined concepts from various disparate techniques, procedures and research and tried it all out on my #1 patient—me. What happened was a synergy I did not expect.

Using this new combination, to my surprise, I located areas of intense stress, distortion, blockage, interference and subluxation that ten years and dozens of healers missed.

I was able to locate exactly where my problem was, work on myself and then know if I had corrected the problem.

The pain began to decrease almost immediately; in a few days I was pain-free. Remember that was after ten years of suffering. 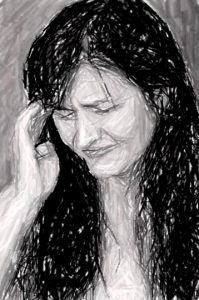 My wife had been suffering from migraines for 12 years (since she was pregnant). No one could help her. I checked her with my new discovery, located a problem no one else had found and corrected it. She’s been migraine-free every since.

Does this new discovery only work on one formerly frustrated chiropractor and his wife? Will it help others? For the next 18 months, I traveled around the US and worked on hundreds if not thousands of doctors suffering from a plethora of health problems. The results were so powerful that I was asked to teach and so began Koren Specific Technique (KST) classes and home study seminars.

KST’s goal is to locate and release areas of stress, subluxation, interference, distortion, stagnation and toxicity. We usually find what many other healthcare providers miss; it has opened up a new world of healing. We can often find problems before they develop symptoms—true preventative healthcare.

Better than MRI or x-ray

Using KST we are able to analyze the spine and structural system without X-rays, CT scan and MRI. All you need are hands and body biofeedback.

This is referred to as challenging (testing or asking the body) and checking (did the body give a stress response or not?). Eventually, it became known as “The three Cs—challenge, check and correct.”

Correct? How? Well for myself I used an instrument. KST can be used in a structural sense but there are many other ways that an imbalance, distortion, blockage, subluxation, interference, etc. can be corrected or released. An acupuncturist may use a needle, an herbalist an herb, an essential oil expert an oil, a nutritionist a food or supplement, a bodyworker a manual correction, a naturopath a detoxifying agent.

The body knows itself, it responds to any stress, no matter how subtle. Any time a stress is made worse, the body responds with a slight but noticeable stress response. The response could be a muscle weakening, a leg appearing to shorten, breathing and heart rate slightly changing, sweat or electrical resistance changing, the stomach tightening, an eyelid flickering and more! Many of these responses are unique to the individual—we probably have hundreds or more of these binary biofeedback mechanisms inside us. We can use them to get information on what is wrong and what needs to be done.

Scheduled for back surgery for his back pain

Shortly after discovering KST it seemed as though the universe was conspiring to educate me. I was getting patients I never knew I could so dramatically help.

For example, a man in his 40s who was in obvious pain entered my office. He said he had seen six other doctors—chiropractors, physical therapists, acupuncturists and an orthopedic surgeon. He was scheduled for back surgery. A friend told him to see me as a last resort.

I used my new discovery on him. Using challenging and checking, I found two discs that had been bulging and some lumbar vertebrae (spinal bones in the lower back) that were locked up, not moving and causing severe pain. I corrected them quickly using the instrument, in the order the body needed correction.

After a few corrections, he said, “Excuse me, I gotta go out and make a phone call.” He walked into the parking area. 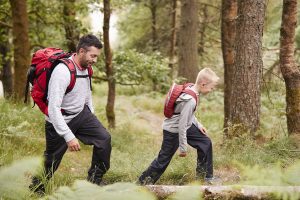 He came back to the office. “Are things all right?” I asked. I expected to hear about some family emergency.

He said, “Things are great. I canceled the surgery.”

A few weeks later he and his son went on a 25-mile hike with the Boy Scouts. With full packs. I lost track of the number of people he referred to me.

Disc “surgery” without the cutting and the gore

This wasn’t magic or accidental. It was a search for what his body wanted corrected and in the order it wanted the corrections done. By using the “wisdom” of the body, we can know where and when something needs correcting. 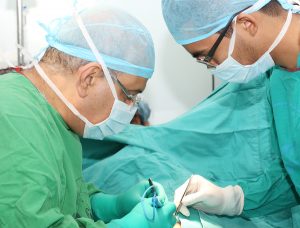 I was able to “operate” on his discs and vertebrae—from the outside! To get rid of his pain and suffering I tapped certain areas on the outside of his body to do what surgeons were hoping to do by cutting into the inside of his body. My way was a lot less expensive, a lot less painful and didn’t involve any anesthesia, bleeding or repeat surgery. I mention repeat surgery because approximately half of all back surgeries fail—and the patient is in pain again and may have another operation and then another. The result can be a lifetime of intractable pain and permanent disability.

A little humility makes a lot of difference

I’m not as smart as the body. I actually put my intellect on the back burner and humble myself before the wisdom of the body. That might sound unusual or non-scientific, but the ability to work on people using these tools is thousands of years old and modern science, especially physics, has just started to catch up.

Yes, it is! As of this date, I’ve taught nearly 4,000 healthcare practitioners and non-healthcare professionals KST via our home study program and our live seminars and the results are consistently powerful.

From back pain and back surgery to beyond

I had no idea what lessons my back pain would eventually teach me.

This gentle way of locating and correcting stress has enormous potential. For instance, for musculoskeletal pain, nerve pain, headaches, migraines and other pain syndromes. In addition, it’s powerful for so much more.

KST is able to function as a “pattern interrupt” to reset unhealthy neurological reflexes. Towards that end we can use KST to locate the cause of chronic illnesses such as allergies, asthma and cancer as well as neurological illnesses such as Parkinson’s disease, multiple sclerosis, Lou Gehrig’s disease (ALS or amyotrophic lateral sclerosis), vision and hearing problems, dyslexia, allergies, phobias and emotional stresses that have yet to be released.

However, if we only use KST for back, neck, disc and other problems we’d be helping untold thousands, or hundreds of thousands, or more!