Why a Holistic Diet is the Best Approach: Part 2

The Perfect Diet for Humanity: Part 2

The “Charles Darwin” of Nutrition

In our previous post about nutrition we were introduced to Weston A. Price who, with his wife Florence, traveled extensively in the 1930s to examine the health of native populations in isolated parts of the world that still were largely untouched by modern conveniences and foods and most importantly, still ate traditional foods.

Being a dentist, Dr. Price knew how the teeth, structure and skull reflected the health of the entire body.

Dr. Price found that when people switched to “modern” foods or the “foods of commerce” that included vegetable oils, sugar, refined foods, canned foods and the like their physical and

mental health deteriorated. Most dramatic was the change in facial structure – the children did not resemble their parents as they had in earlier generations.

In the photo of 2 brothers from Scotland (Isle of Harris) above, the younger sibling on the left uses “modern” foods and has rampant tooth decay. His older brother uses native food and has excellent teeth. Notice narrowed face and arch (upper jaw) of the younger brother.

Price determined that tooth decay was a specific manifestation of general physical degeneration and that its cause was nutritional deficiencies. The solution was obvious: whole foods grown on rich soils were needed to supply the nutrients necessary for optimal health.

He tested his theory with lab animals and humans. As documented in Nutrition and Physical Degeneration, Price provides X-rays of cavities naturally refilling when patients followed his dietary protocol – reversal of tooth decay using a diet rich in nutrients (nutrient-dense foods) and avoidance of nutrition-depleting foods. societies innately knew what to eat. Chemical analysis revealed that their diets were high in minerals and fat-soluble “activators:” vitamins A, D and what he called Activator X (now believed to be vitamin K2) found only in shellfish, fish livers, fish eggs, butterfat and organ meats from animals eating rapidly growing green grass, and in lesser amounts in eggs from pastured chickens and the fat of certain animals. Without these fat-soluble “activators” people could not absorb as many minerals. He wrote:

What Does a Holistic Diet Include?

What About a Holistic Diet For Vegetarians?

Dr. Price had a deep religious nature and hoped to find a culture that did not depend on animals to survive, thrive and reproduce. He found none. There has never been a purely vegetarian culture. However, vegetarians that include dairy products and eggs can enjoy the benefits of traditional diets.

It is significant that I have as yet found no group that was building and maintaining good bodies exclusively on plant foods. A number of groups are endeavoring to do so with marked evidence of failure.

Dr. Price’s research could not be duplicated today because large isolated cultures are, for the most part, no more. The tentacles of modern technology, trade and commerce have reached from the Amazonian jungles to the frozen tundra. And we are all the worse for it.

We don’t have to spend time in laboratories to discover the ideal diet – the laboratory of life has already shown it to us. All we need is to explore health and disease from an empirical perspective.

Homeopathy, Traditional Chinese Medicine, ayurveda, classical chiropractic, traditional osteopathy and many other “natural” systems are empirically based. That means they were formulated after observing how the body responds in sickness and in health. They were discovered to work, not intellectually invented. That is why these systems have withstood the test of time. 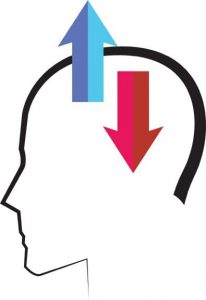 Empirical therapeutics/systems based on experience stand in contrast to the rationalist philosophy that is followed by orthodox medicine. Rationalists (also called mechanists) believe they can intellectually understand how the body works. It is based on theory. Rationalist interventions are invented rather than discovered.

There are so many intellectually-derived nutritional belief systems: vegetarian, vegan, macrobiotic, paleo, hi carb, low carb, high fat, low fat, acid/base balance, food combining – who can make sense of all this? The empirical approach can do so. We ask a simple question – are the people following these diets healthier or sicker than people following other diets?

Dr. Price’s years of intense research revealed that over and over again, traditional, nutrient-dense foods gave us the healthiest babies. Healthy babies are the ultimate proving ground of a successful diet.

The choice is ours as to which wisdom and philosophy we are guided by – rationalist, intellectual (educated) or the empirical (innate) wisdom of the body when it comes to all aspects of health, including nutrition.

Although they were derided as savages and barbarians by arrogant “civilized” moderns, the ancient wisdom of traditional societies could save us from ourselves.

Ancient peoples discovered how to listen to the wisdom of life and to live in closer accordance with nature’s divine plan.

We don’t have to reinvent the wheel. We know the perfect holistic diet. People all the world over have been using it to have healthy babies for millennia.

Intellect can be a wonder servant, but can be a horrible master.

I’d like to close quoting a letter Dr. Price wrote to his nieces and nephews:

Children shall not suffer defects which may mark and handicap them for their entire life. Fortunately, an adequately defensive nutritional program can be provided without much expense and indeed often more cheaply than the currently selected foods. There will be no necessity for any child of yours to develop dental caries or tooth decay if the simple procedures that I am outlining shall be adequately carried out….

Weston A. Price. Letter to his Nieces and Nephews, 1934. Price-Pottenger Nutrition Foundation archives

Click here to read Why a Holistic Diet is the Best Approach: Part 1