The Posture of Subluxation or Stress

The Posture of Subluxation or Stress: A breakthrough discovery for chiropractic and many other healing arts

Nothing comes from nothing; we are all standing on the shoulders of giants. 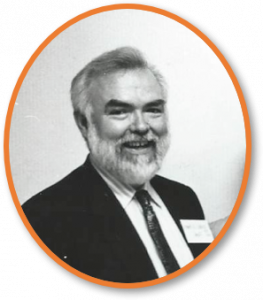 A brilliant, yet unsung hero of the chiropractic profession was Dr. Lowell Ward of Long Beach, California. I am honored to have known him and consider him a mentor of mine. Dr. Ward’s research and clinical discoveries served in part as an inspiration for Koren Specific Technique (KST). He was a true pioneer and seeker.

One of his major discoveries came serendipitously from a patient interaction. Dr. Ward had a patient suffering from sciatica. She was in terrible pain, but only when she was sitting. When she was standing she was pain-free. X-rays revealed a fairly normal spine, but those X-rays were taken when she was standing, not in pain. Would films of her in a seated (sedentary) position also reveal a normal spine? Dr. Ward wanted to find out so he took X-rays of her while she was sitting and the results surprised him. 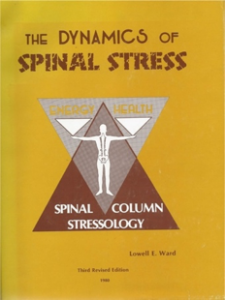 looked terrible. Her normal curves when standing were reversed when seated! Her healthy disc spaces standing were all but missing when sitting.

Over time Dr. Ward took seated (sedentary) and standing (weight-bearing) films on over 1,000 patients. He saw this phenomenon repeated over and over. He taught his technique, Spinal Column Stressology, to doctors to explore the analysis and correction of spines in different postures.

Posture of subluxation: “We see it all the time”

Once Dr. Ward told me that he had a patient whose X-ray showed arthritis while in one posture and no arthritis in another posture. I didn’t believe him; that was a bit too much for me. By coincidence, I was scheduled to speak at a state association. While I was waiting to go on stage I was chatting with some of the vendors in the hall. One was an MRI sales rep touting his new products – sitting MRI! I had to ask him, “Do you ever see significant changes in the spine when the patient is imaged in different postures? For example, please don’t laugh, do you see arthritis come and go as a patient changes posture?

He didn’t hesitate to answer: “We see it all the time on MRI,” he said. “We’ve even seen arthritic lipping and spurring come and go as people go from standing to sitting.”

This was a revelation: subluxations, even spinal pathology, could be dependent on a person’s posture. Put another way, subluxations are posture specific.

Posture of subluxation and KST 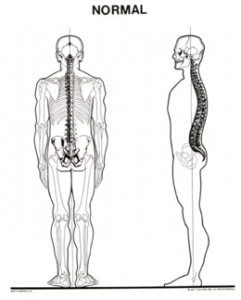 As a person stands, sits, moves or assumes different postures their spine may dramatically change. Subluxations present in one posture would not exist in another posture. Finding the correct posture of subluxation/stress is an essential feature of KST’s uniqueness and success. 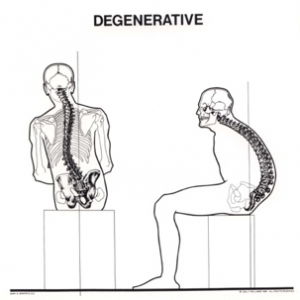 Unless subluxations are addressed while the person is in different postures the patient may never be subluxation-free.

The posture/personality relationship was also observed by none other than the famous researcher, Irvin M. Korr, Ph.D.:

Biomechanical dysfunction … [is an] eloquent expression of the patient’s total personality and view of the world and of self. It is no semantic accident that ‘posture’ and ‘attitude’ apply to both the physical and psychological domains.

The tyranny of the table

Too many chiropractors suffer from the “tyranny of the table.” Their care is limited to locating and correcting subluxations as the patient is in one posture – usually lying down on an adjusting table.

But is the posture of the patient lying on a table the best or only posture to locate and correct/adjust that patient’s subluxations? Are there hidden subluxations that will be revealed as the patient sits, stands, walks, bends over, moves, throws a baseball, kicks a football, lifts weights, turns a doorknob or does any of the multitude of activities that can elicit a subluxation?

KST practitioners are taught that “posture is king.” The patient must be put in the proper posture of subluxation (POS) to locate hidden subluxations. To repeat, analyzing and adjusting/correcting the patient as they are lying on a table is usually not enough.

But how do you determine the patient’s POS? There are a few ways. The most obvious way is to check the patient in standing, sitting and prone/supine positions. Another is to tell the patient, “Make it hurt.” Let them assume the posture that is uncomfortable, painful or limited. Doctors of Chiropractic do not treat pain but recognize that pain, limitation, inflammation or other symptoms may indicate the presence of a subluxation.

Once the correct POS is found the patient may need to hold that posture or even continue moving as the practitioner analyzes and corrects the patient.

Another (faster) way to locate the POS

A much faster way to locate the POS is to “ask” the patient’s body. You can do this using binary biofeedback such as muscle testing or (as we use with KST) the occipital drop (OD). Another biofeedback response is the short leg reflex.

As the patient assumes different postures, the practitioner checks to see if there is a biofeedback response. That’s a sure sign of stress/subluxation/interference in that posture. With KST we’ve developed a number of short cuts to speed up asking the body.

Although it’s called the OD or occipital drop (a term coined by Dr. Lowell Ward) we realized that a binary (yes/no) biofeedback response can be elicited from nearly any part of the body.

In fact, there are many hundreds of binary biofeedback responses in the human body and any can be used to determine the POS, to locate subluxations and to explore many other aspects of a person’s health.

How to locate the emotional posture of subluxation 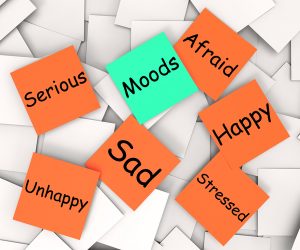 Locating the emotional subluxation or stress (emotional POS) is fairly simple. Ask the patient to think of an emotionally-charged issue. As they do so their body reveals subluxations/interferences/stresses. By correcting the physical manifestation of their emotional stress, you can easily and quickly release destructive energies they were carrying around in their psyche. Another way is for the patient to read a list of words describing emotional states. When there is a stress response, the practitioner digs a little deeper and discovers the age, situation, place and other details related to the emotional stress the patient may have locked into his/her body/mind.

Another type of posture is physiological – allergies for example. We correct the physical subluxations that appear while the patient is in contact with an allergen. That needs to be addressed carefully. Some patients are so sensitive to an allergen that just by thinking of it they subluxate. Some subluxate when they look at the allergen. Don’t rush into having someone come into contact too quickly with something that could cause a serious reaction. Start slow.

I’d venture to propose that we are interfering with unhealthy reflexes with this work. But those unhealthy reflexes will only reveal themselves in certain postures: physical, emotional and physiological. For that reason, KST permits you to release subluxations/interferences/stresses that you never knew existed.

The real reward of incorporating the POS into your work (with or without KST) is the increased success and satisfaction you’ll see in your practice. As thousands of KST practitioners report, your patients will love the improvements in your care that manifest as improvements in their health.

Dr. Tedd Koren, a Doctor of Chiropractic, is an author, lecturer, researcher and discoverer of Koren Specific Technique. Contact him at dr.koren@korenwellness.com.