Subluxations, the POS and Chinese Medicine

Playing with posture to find subluxations

What’s in a posture? A world of difference. A massive amount of structural stress (subluxations) may occur when posture changes. As a person changes his posture, subluxations come and go. Put simply, subluxations are “state-specific.” To make things even more interesting, the posture or “state” may be physical, emotional or physiological.

A common finding is that a patient may appear subluxation-free when they are laying down, after a chiropractic adjustment. But when they sit they may reveal many subluxations. Why?

The POS—physical and emotional subluxations

Let’s say the patient had been in a car accident. If they are given a chiropractic adjustment or correction when they are laying down, remember—they weren’t traumatized when they were laying down. When they are placed in the seated position—the posture they were in when they experienced the accident—their body may reveal many subluxations otherwise not seen. We refer to that as the posture of stress or posture of subluxation (POS).

Subluxations may be revealed when a person merely thinks of an emotional trauma.

A patient told me, “On my way to your office I drive through an intersection where I had once been involved in an accident. As I approach the intersection I begin to feel panic and anxiety. I would rather not drive another way because it already takes me nearly two hours to get to you taking that direct route. Can you help me?”

OK. Let’s put her in the POS associated with this problem. “Make believe you are driving,” I told her.

She placed her hands on an imaginary steering wheel and even had her foot on an imaginary gas pedal. As expected, subluxations appeared and they were corrected. But I decided to go a little deeper, “Make believe you are driving up to that intersection,” I told her. She locked up (subluxated) again as she thought more specifically about driving through that intersection. I corrected the subluxations that were revealed. She emailed me after she got home to tell me that a few miles after she had driven through the intersection she realized she drove through it with no stress or even awareness that she had driven through it.

While exploring the relationship between posture and subluxation it was discovered that there are some special postures that may reveal deep subluxations—deep energy blockages or interferences. Some of these postures were inspired by TCM (Traditional Chinese Medicine), more specifically, the practice of Qigong.

Put your hands up! Show your subluxations

One fascinating posture revealed by Qigong, a Chinese system of energy work (Qi

gong can be defined as “energy mastery”) is very simple—putting one’s hands above their head. “Put your hands up,” I tell patients. It can be very powerful.

Why? Because three major meridians are in the arms—the large intestine, the heart and the lung meridians. When a person has a cold, a cough or sinus congestion, by putting their hands above their head there can be instant relief of coughing and sinus draining. It may also relieve the heart and large intestine.

Another posture is placing one’s hands palm up, fingers apart on their lap. There are six energy channels or meridians running through the fingers and this position may reveal blockages in them.

Where do you adjust? The adjustment may vary. Depending on the patient the most common subluxations that appear are in the cranium, upper cervical area, cervical-thoracic area and sacrum.

The possibilities appear endless. Some subluxations are discovered while a patient shrugs their shoulders up, forward, backward, down and moves their shoulders from one position (posture) to another.

Whatever makes you feel yeechy!

Because people are just different sometimes the best thing you can tell a patient is, “Go into a posture that makes you feel yeechy. What posture or movement makes you feel pain or discomfort?” They’ll move around and when they find the spot tell them, “Don’t move, hold it.”

Locate and correct the subluxations that appear in that posture. Now comes the fun part—tell your patient to re-create that posture that causes them to feel pain. They’ll move this way and that way, and often be amazed when they tell you, “The pain is no longer there.” 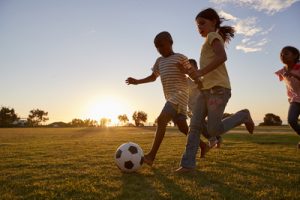 While one of the ways to locate the POS is to simply ask the patient to assume a posture or move a way that causes them to feel bad, there’s a special POS with athletes that might not have anything to do with pain but performance.

The player knows his or her game best. They are usually acutely aware of their weakness and strengths. They will tell you or show you things you would usually never figure out yourself.

For example, a tennis player told me, “I have trouble with my backhand especially when playing against a left-handed player.” In another example, a baseball player told me, “I have the most difficulty whenever I’m facing a left-handed pitcher.” Another told me, “I was once hurt when a grounder took a bad hop. Since then I have trouble with that.” A runner once confessed to me, “There is a certain athlete I hate competing against. He’s a wild card, and it affects my running.” Or it may be problems with a teammate or a coach or stress from a parent.

In the above examples, and many more, you merely tell the player to get into the posture, both physical and emotional. How? Well, have them make believe they are in the situation that causes stress. For example, they may hold a tennis racquet while they see a left-handed opponent.

You may even need to release stress about a relationship affecting their game—stress caused by a teammate, their coach or a parent.

The applications are many 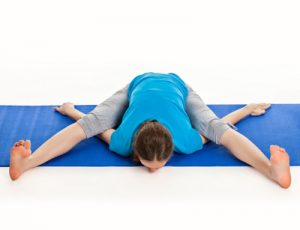 When dealing with posture, the applications are many and varied. The practitioner becomes a detective, searching for the posture that causes the most subluxations, stress, interferences, blockages, etc.

Putting it all together

What postures do you put a patient in? There are a number of ways to address the POS. Simply check a patient as they are standing, sitting, laying down, laying on one side or on the other side, eyes open, eyes closed, eyes moving in different directions, while thinking of a stressful event, “driving” a car, playing a sport, in their working position, as they put their hands over the head and many more.

Overwhelmed by the possibilities?

KST is a healthcare protocol designed to use the POS. The POS may be applied physically, emotionally, physiologically (i.e. allergies) and in any combination thereof. I discovered KST after suffering from a trauma and searching for relief. Over 50 healthcare providers, over a ten-year period, were unable to provide lasting relief. Using the POS, I was pain-free in five days! I began to teach KST and am happy to report that there are many individuals, professional and non-professional using KST protocols to help themselves, their loved ones and patients. Like me, many of them have found that KST can find the damage, subluxations, blockages, interferences, etc. that others often miss.